Still getting some rust drops with vinyl

Had a frustrating day, both houses different neighborhoods and had touch ups to do with some rust drops coming out the weep holes.

Nothing major, just both houses were tan colored so it showed up blatantly.

Only happening on the lower parts, when I switch from my shooter tip to my soap tip. Easy enough to touch up, but the second house had oxidation (we both knew it) so it was more of a pain to correct.

It might be I am not rinsing the lower enough, but thinking now it might just be me being awkward. I have a 3’ Lance that is my all purpose, and thinking I am blasting in too close on the sides of the house where it’s narrow.

I ordered a new gun this evening and was gonna hook it up for a stub or maybe 12" wand. Anyone notice an improvement after doing something like this? I am just eliminating variables now to try and refine more and be more efficient.

Take a few steps back when you get to the lower part of the house. Like shooting pool, you want that gentle touch.

Yeah, I still haven’t ordered my new unit yet, so with the smaller unit I had kept the Lance long.
I had my wife come outside and watch me on my house (her favorite activity of course…) and I recreated the situation. In her words I look impatient when I switch to soap tip from shooter, and look like I was forcing the wand to get in positions. Big guy, long Lance, narrow corridor… Just me being frustrated and rushing it.
Gonna have the new gun and will grab a short Lance and try it tomorrow, gotta realtor house that needs to hit market and hasn’t been serviced in a while. Lotta work but will give me time to try a few things.
Couple shots from today 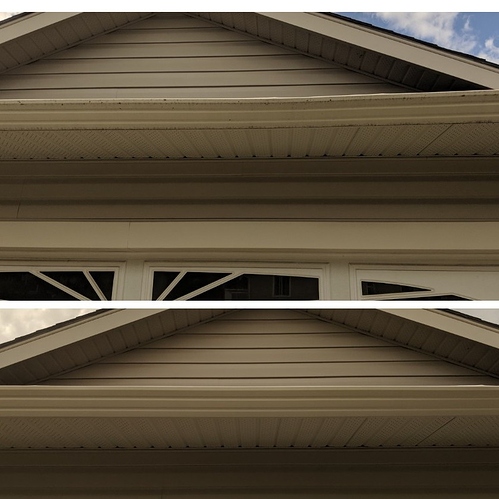 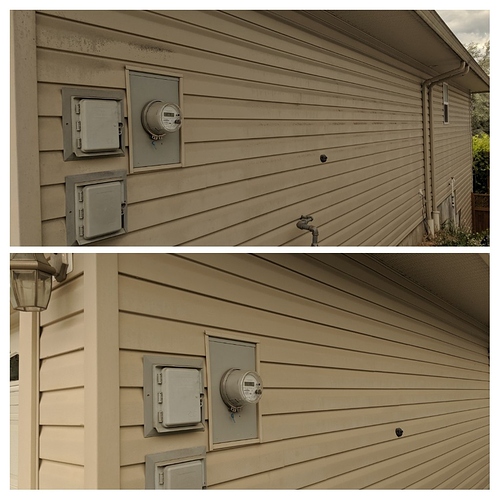 I just use a 6" stainless nipple for my lance. On one story I sometimes don’t even use it.

After six inches, the water stream is as straight as it’s going to get. A 3 ft wand is only giving you 2.5 ft more of distance.

Got stuck in the hospital all day yesterday, but was able to go and use the new gun today.
No one had a six inch Lance so I just made it a stub; worked very well. Manuvered much easier and natural. Did roof and house with it, only a couple drips but that was on the second level and I knew I had screwed up a bit there. A lot easier to mist off the drops with soap tip as it dispersed sooner.

I think I am going to add a ball valve and change to a quick connect on the gun inlet. When I switched to flat work would have been nice to easily switch over to my wand

Thanks for the advice everyone.