Hello. First post but I’m a long time lurker. I love reading all the great info. I have been in the industry since 1995. I was a supervisor for family company in NC for 16 years. I moved to SC in 2011 and started my own business. I do window cleaning and pressure washing.

I washed a house last week. It is on stilts built on a river. The underneath has white vinyl covering the ceiling. The siding is about a year old. The owner asked me to wash it because she was unhappy with the cleaning the contractor did. And said it had spiders and some mildew. She admitted she had also sprayed some areas with a hose and “used palmolive” to clean it. She repeatedly told me she didn’t want “strong chemicals used.” I saw some mold and mildew so I wanted use my usual house wash bleach and elemonator. I compromised by weakening my mix. I ds less than 0.5% bleach mix with elemonator. Elemonator was 1/2 oz to 5 goals. Just enough to see slight suds. The ceiling mold and mildew. The HW cleared it eight up with one coat. Then doubled back and rinsed. The ceiling was still wet when I finished cleaning the windows. So I didn’t see the final look of the ceiling. But the rest of the house look great. I got a call several days later from the customer saying the ceiling underneath looked awful. It was spotted. My first thought was maybe I didn’t rinse enough. And the water hanging on the long spans collected leaving some type of residue. I returned to look at it. You can’t see the spots standing under it. Only whe looking at an angle with the light hitting it just right. I wiped it with a damp rag and when wet it disappears. But it comes back when dry. I washed it again with HW then dried the entire ceiling down. It may have looked slightly better but possibly the lighting. Before I started to rewash it the customer tells me “I’m going to be honest I saw the spots on the beams before but not on the ceiling.” I told her they look exactly the same. So the same thing caused it. I just basically uncovered it. She says the contractor only used water and she only used palmolive and water. My other thought was well water but is county water so it shouldn’t be as bad. I did a small test with a hard water remover I usually use on windows. Then she later admitted “honestly I did hose it all down and scrub it with a brush after I saw it the first time and I think it looked even worse after.”

I have washed thousands of houses and never a problem. Never had a call back that actually was my fault. She wants me to fix it and says she’ll pay me more to do it. I feel like I got set up. I have been told over a dozen times “I’m honest” or “to be honest.” I knew she was going to be difficult before I started and wish I had turned it down. I have lots of OCD customers and I stand out from my competition by knowing how to deal with customers with high expectations. But this one is honestly driving me nuts. She looks at one spot from every angle until she finds something that can barely be seen from that perfect spot with the right lighting. The rear porch also has some spots as well but with the shadowing of the porch you can’t see it. The siding on the exterior walls is cedar shake white vinyl and it looks great.

Pictures are attached. Any suggestions on how to fix this? 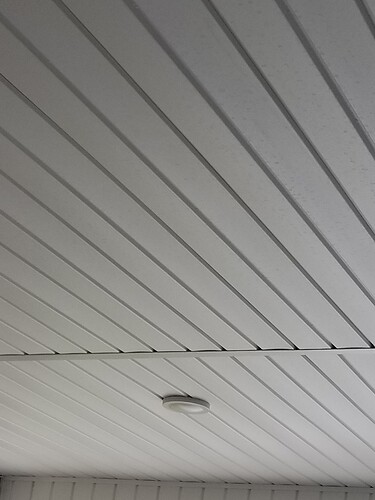 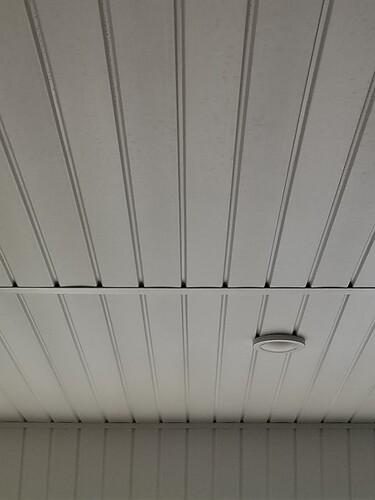 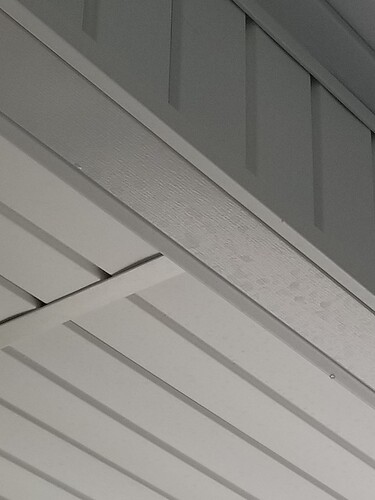 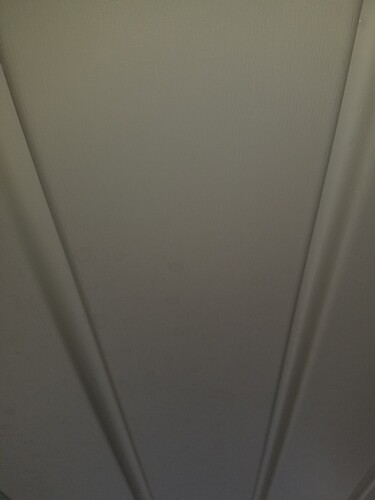 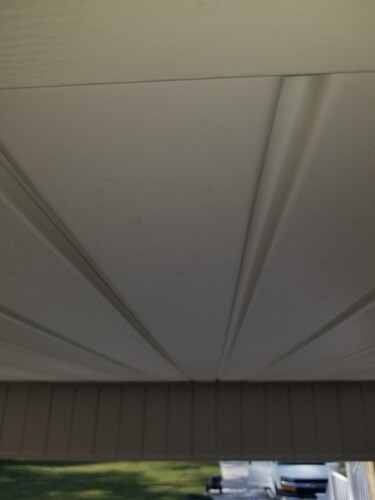 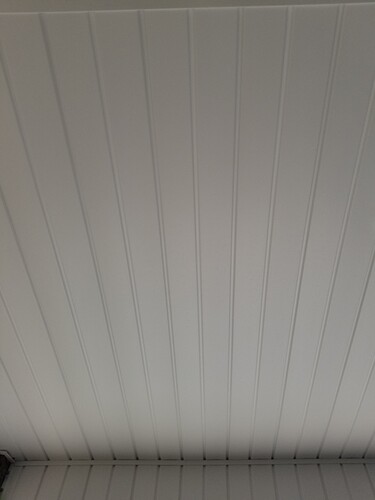 Not sure what it is, But I’m sure you didn’t cause it. You had a weak mix and if it was poorly rinsed after rinsing it again it shouldn’t come back.

Hard water was my first thought other than a HW residue not rinsed good. But it was so weak it shouldn’t have need much rinsing to prevent.

The fact she thought it looked even worse after hosing it down herself makes me think that even more.

My only 2 theories are.

Try some OneRestore in a section, it works great on hard water.

Yes the bottom of the beams have aluminum.

That was on my list. Thanks for the confirmation. The entire underside of the house is covered with the vinyl. So I’m trying to find the easiest solution I can find. It’s a lot of surface area. The one thing that really bothers me is that nothing else on the house showed any spots. Only the white vinyl used on ceilings. Underneath the house there is a storage room and elevator shaft. The vinyl cedar shake and doors on those walls look perfect. The house had a black metal door with a high gloss finish. It was spotless! Why would just the ceilings show the hardwater?

I had one like that one time, the lady used dawn dish soap. It caused some spotting, had to wash twice, looked fine after. So not sure…I would try the OneRestore and see how it looks. I know it can be frustrating, it’ll work out.

She admitted to using “palmolive.” But I actually saw a partial bottle of dawn outside the house. It said “4 times the grease cleaning power” on it. Who knows how much she used.

Hey, did you end up finding a solution to this?

I have the exact same problem but on black aluminum

Looks like mold to me. Your mix wasn’t strong enough. Your should have hit it with 1% mix. There is a mold that create perfect round circles like that, especially on vinyl. If your mix isn’t strong enough or you dont soap it multiple times you will still see the circles, but faded some.

I should have ignored the customer and done my usual 1% mix. But after all the different methods I tried on test spots I know it wasn’t mold left behind. I found out at least 3 others had pressure washed or washed areas of this house that was less than 6 months old. One of them did something that caused it. Not my headache anymore. The customer left me alone. After replaying all the conversations with the customer before the job, during the job and after the job I have no doubt that she knew that there was a problem beforehand. After my very first conversation with her I thought I should turn the job down because she seemed like she would be a problem. I should have listened to my instincts.