Client hired us to do a roof wash months ago. Apparenlty his primary concern was this soot-like substance that is coming off his porch roof. 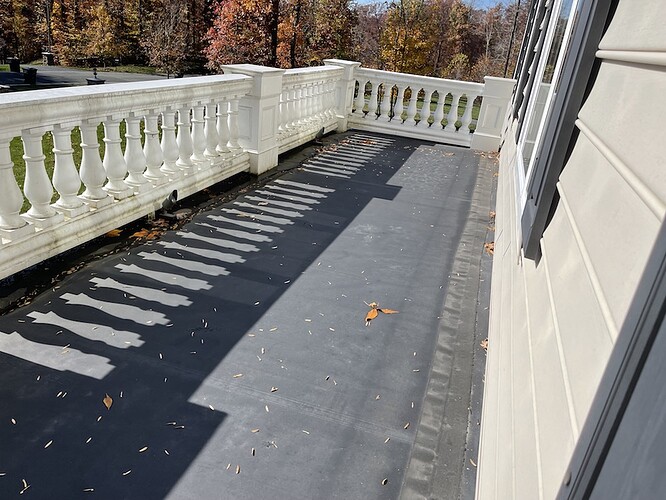 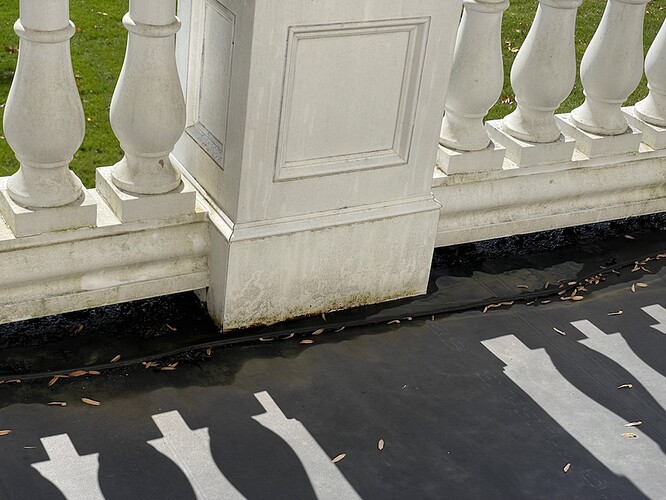 This substance is getting on is columns and plants 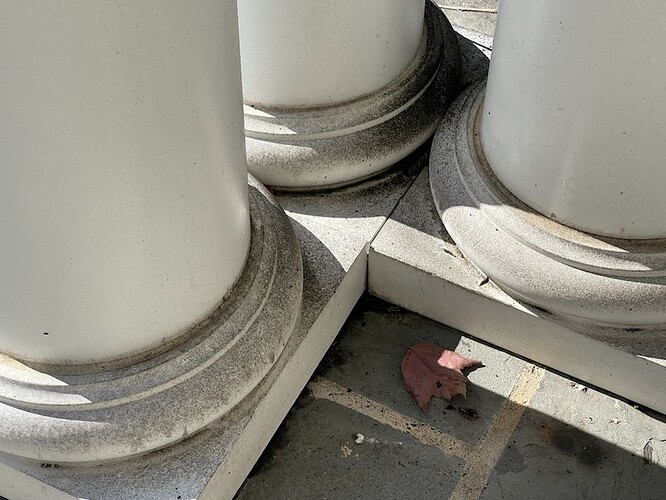 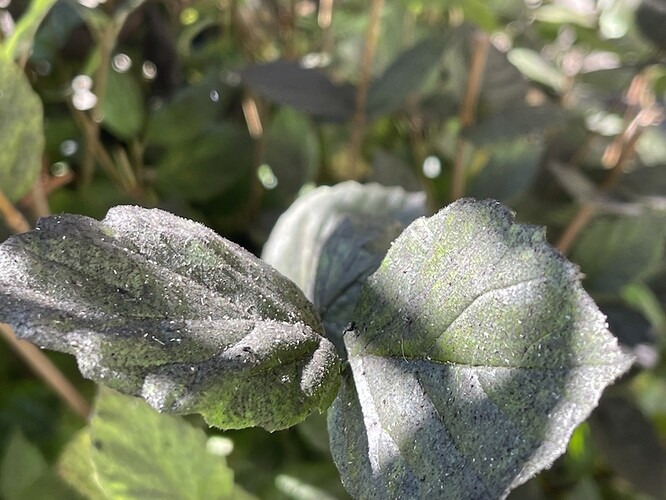 Anyone have any insight into what is going on here? Or even better, how to treat it? He says he has several neighbors that are having the same issue…

I dont know about the house but the plant has a sooty mold residue from pest infestation. Thats the white specs you see on the leaves. Seems late in your season to see that, i would think

Looks like standard organic growth to me, maybe a touch of atmospheric fallout dirt. 2%, see what happens.

just a guess, I am wondering where the closest plant is to them. It wouldn’t be super close, it could be 10 miles away depending on wind.

It looks upscale there, so this might not apply. People have those outdoor heaters that allegedly can burn anything, and they put out a lot of soot. People use them for shops, garages, and large pools that I have seen. I did a housewash this year and the homeowners didn’t know how all that soot got on the front of their house as they didn’t have a wood, pellet, or coal stove (a bad oil furnace can put out a ton of soot too). Turns out their neighbor (not very close) is a contractor and burns stuff in his field about 3 times a week from jobs.

Definitely not a heater, I’d say maybe OK to the organic growth, but we just did a roofwash in the spring (I don’t think the porch was included, but still). IDK if I’ve ever seen organic growth spread to plants and columns below though. I thought maybe it was a weird breakdown of that roofing membrane or something. He said all his neighbors (same builder obviously) are having the same issue with the columns and plants around their front porch areas.

So no one else has seen anything like this? We can send someone out to just SH it, but I really don’t think that’s going to be much help…

my .02 since I have nothing better to do today.

The stuff on the rails looks organic, in the pictures (1, 2, and 3) the center column has snail/slug trails through it, some bugs eat it. In the picture, the shade from the sun hitting the spindles and rails is creating a great place for it to grow. The water sitting on the rubber roof coupled with the shade and warm temperatures from the sun heating up the rubber is a like a petri dish. A lot of people in my area cover rubber roofing with stone. I thought it was commonplace to do that, maybe not down south. Plus, the leaves falling on there is adding a hint of maple and possibly oak or poplar flavor to the mix.

The vegetation picture is what made me think of soot. Looks like soot on a plant which should kill it eventually unless it is getting cleaned off by rain. Then again, if it is a dusty miller type plant it will always looks like it has stuff on it. Is it possible they use some type of double shredded mulch on their property? That would cause a lot of dirt to be blown around. Also, there are a ton of trees nearby, so in fall that place should be dirty. I bet that place is coated in pollen in spring.

Always possible. I’m just highly doubting it’s standard organics given that we washed his roof (albeit not this flat area), and neither he nor his neighbors have been able to figure out a resolution in his words. Anyone doing a standard housewash should have seen this go away, at least for a good amount of time anyway. That would jive with it always being around this flat roof area on all those homes, but I guess it just feels like there’s something more at play here. Maybe it’s just organics and I found an undiscovered goldmine, but I also find that rarely to be the case…I don’t have anyone to spare to just send by and try things out on it at the moment, so he may have to go into a holding pattern for now

@Historic might have run into something like this before. It’s worth seeing if he has any thoughts.

TY @qons for the shout.

I have seen stains similar to this. That flat roof looks like EPDM to me. Some people call it rubber roof. UV can cause some degradation over time.

It also looks like around the perimeter of the roof, there’s standing water. That’s where all the soot, carbon, roof material is going to collect and when it rains, it splashes that nasty concentrate onto the surrounding areas, including the columns, pillars and surrounding vegetation.

The large columns look like they are 2 different materials. The bottom base might be more porous and when that rain hits surrounding dirt, it just slowly soaks in dirty water.

First plan would be to make sure any and all drains are clean and clear of leaves and dirt-buildup. Spray that flat roof clean. Clean the upper and lower columns and seal them. Mulch where there is bare dirt. See how that manages for the winter-spring.

If problems still persist, consider some splash guards around bottom perimeter of the flat roof (foam gutter guards sealed in place) and possibly gutters. It doesn’t look like the same issue is present as it gets closer to the house where gutters are probably present.

yep, pretty sure it’s EPDM. I guess even if it is roof degradation, a good cleaning should improve the situation. He’s on his own for anything other than cleaning the column bases, lol