Should I buy this 14gpm Udor rig?

Hi all! I’ve been thinking I want to build a truck setup this fall instead of towing a trailer, and adding it all up and hours of drawing layouts and whatnot.

But today I was talking to my boss about a trailered jetter we rarely use. I had some interest when I offered him $4k for it; I think if I pressed the issue I could make it happen. I’d have to change a few things to make it a PW rig, and would most likely sell one of the Honda/Udor pumps to lower my price even further.

Here’s what I know about it:
-I estimate less than a thousand hours on everything because it’s rarely used
-It has not been well maintained
-It has two Honda GX670’s and two Udor 7gmp/4000 psi gear-drive pumps
-One pump has a milky sight glass, one is clear
-Everything starts and runs well
-Brakes on the trailer currently don’t work
-One big Hannay electric pressure reel
-One Cox reel
-200ish gallon buffer

I would most likely sell the Honda/Udor with the clear sight glass for around $1500 and use that money for new unloader, misc. hardware. Then either repair the milky Udor pump or just replace it.

Everything started and ran fine a few months ago, but the battery is dead so I didn’t get an exact engine-hour readout. Pics are below.

Is it even worth it to try and change this over to a PW setup, especially now that I’d be stuck towing? 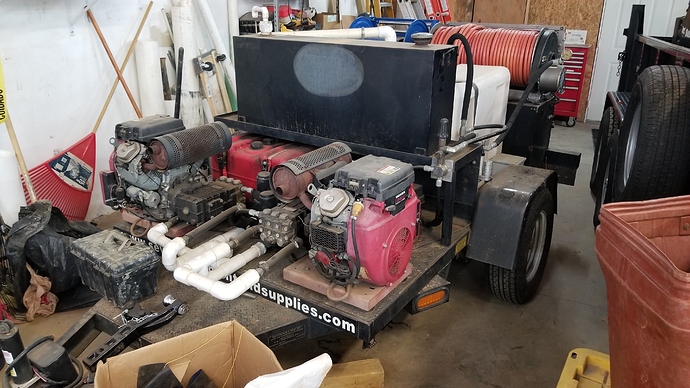 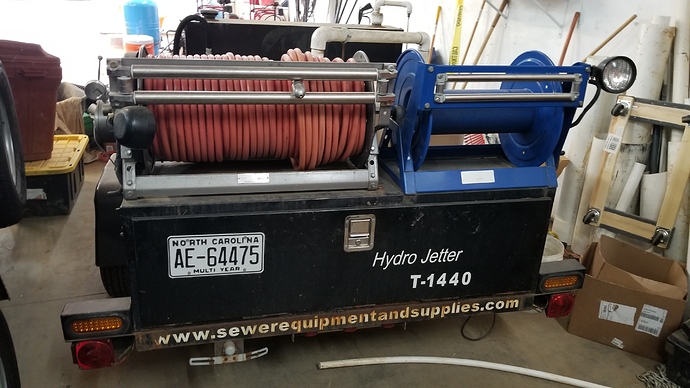 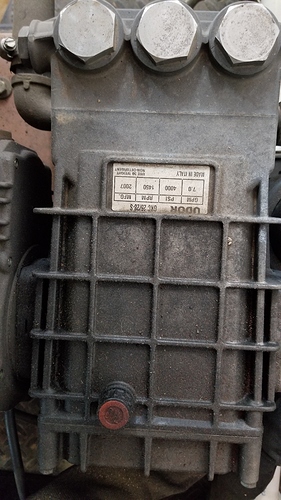 That’s worth it. I dont know if I would take the one machine off but for 4k I would definitely take a chance on it

Just because the pump is milky doesn’t necessarily mean the seals are bad,change the oil out and run it for a while. I agree with @Firefighter4hire, definitely worth a good look. Get batteries and test run it with water is my advice, you can turn the pressure down via nozzles . Ps… your gonna need a bigger buffer tank and trailer.

Hahaha definitely! I don’t see myself getting into the kind of work that would require all 14 gallons

Yeah ,but if you can swing it ,I’d keep both machine’s

Oh I see what you’re saying, backups. That’s an excellent idea, thank you!

I have read alot of things pressure washing but noth ona “jetter”. Very interesting setup. What kind of work was this used for?

Back ups! Hopefully you take off and need an extra hand. For that price don’t bother selling either machine. Keep them both. Just my 2 cents

We would send it down a sewer line clogged with tree roots; the head has backwards-facing teeny little nozzles that would slice the roots up and pull itself through them.

I use a jetter hose too. Its a necessity since everyone uses wipies nowadays in some form.