OK guys I’m stumped on this one. A lady that I washed a house for asked me to come back and remove some stains her husband left on the front porch concrete. When I got there he showed me the stains that were left after his smoker leaked some juice onto the concrete. They normally keep the smoker on the back deck and it was only used one weekend on the front porch. He smoked pulled pork and used a red rub seasoning. I tried F9, A degreaser, and straight 12.5% SH with very little success. Every process I tried I scrubbed it with a brush. It may be lost half of its color. But it will not budge. Any suggestions? 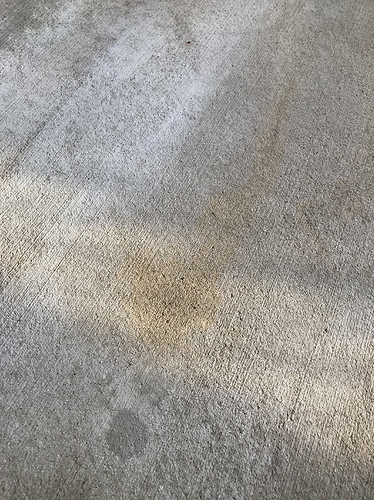 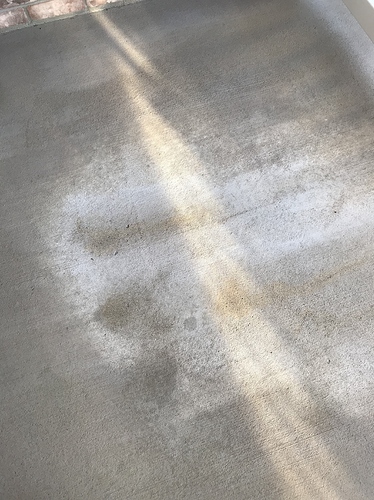 Or do the kitty litter trick.

I can’t see the kitty litter trick working if purple power scrubbed in vigorously didn’t. Maybe? Even hit it with the turbo as a last resort. No dice.

I don’t know if it’s grease or the food coloring added to the rub he used on the pork butt.

What patriot said or sodium hydroxide supposedly works well too. I’ve yet to have an animal fat stain so I haven’t tried any of the methods but those seem like the go to.

I don’t think the food coloring would be that serious of a stain. Could be wrong though

To much $$ to make this time of year…don’t worry about it. Tell em that’s not coming out and move on lol

HCS 400 from Hydro chem. Like purple power had a big hard nose brother

Oh for sure! They are just nice folks I’m trying to help.

Does it break down if not used? May be nice to have but could end up sitting.

how much is a gallon?

I use it to degrease 5th wheel hitches. Also water it down a bunch for engines. Water way down more to eat away proteins. Like bugs on front of big trucks

I don’t think it’s a protein though. I feel like the color from the rub is the problem. But is straight 12.5 didn’t rid the color what will? 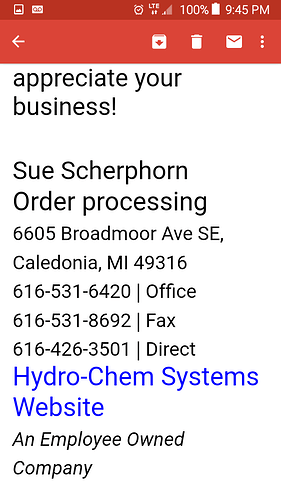 It’s probably a stain from the spices used. Perhaps tumeric or cumin.

It don’t have to be a protein. HCS 400 is a extreme duty degreaser ,mixed to your level of cleaning, by you

So it will lift stains then. Ok

Call Chad Reiffer at that number and tell him your situation. He’s really good at unique stuff.