I understand price has many variables on some don’t like to comment on it, but let’s give it a shot.
I did a discounted driveway the other day in a nice neighborhood and lawyers maintenance man called me to come give a quote after seeing me do the work.
It’s a large property, I’m gonna have to use 5ft of scaffolding to hit the Eve’s because my 4gpm and jrod are about two feet short.
I caved in and bout some extra hose a reel and a sludge pump for this one. I hope I get it! 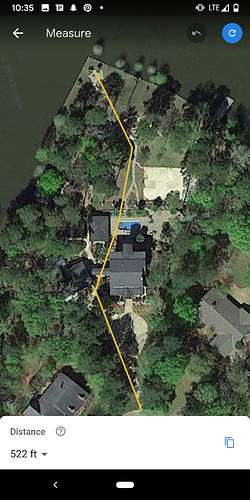 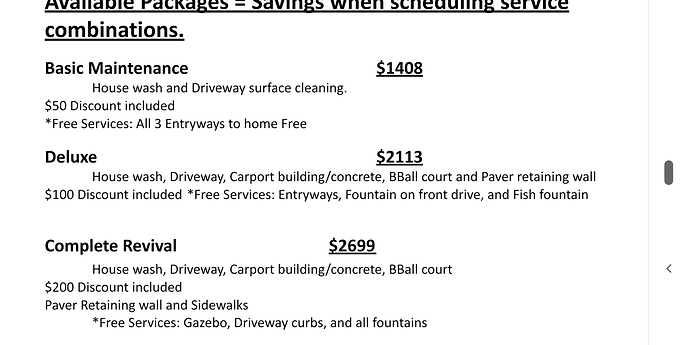 The mobile really jacked up the format of the word document

It would probably help if you would post some actual pictures. Nobody can see what you’re washing or how dirty it is. Just looking at your estimate you seem to be about right but I’ve heard southern prices are usually a little lower than up north. That might just be Florida though.

Also, I wouldn’t mess with using 5’ scaffolding. Just get a 5’ wand to get more reach. I have a 79" wand I’ll throw on if I have trouble hitting an eave or if I’m trying to knock down a wasp nest or something. If I had to use scaffolding I’d charge more for the house wash. Scaffolding will add quite a bit of time assembling it and moving it around.

Didn’t take any while I was there. Not super dirty on the house just cob webs and getting it clean and ready to paint.

Didn’t even think about the wand, got so used to having the 6in nipple.

Well they called and booked the house wash. Said the got some bed and breakfast they want done and probably the rest of the quote done later once the see what I can do.
I finally found some temporary insurance. Verifly, I believe you might have mentioned that.

Congrats on the job!

100 driveway job, has turned in 6700 worth of work for a customer that drove by.

Such a great start to getting the business out of debt.
Wish I had an 8gpm. Not quite making what I’d like an hour because I’m pretty slow.(gotta crawl before you can walk I suppose)

That’s great to hear dude, keep that hammer down.