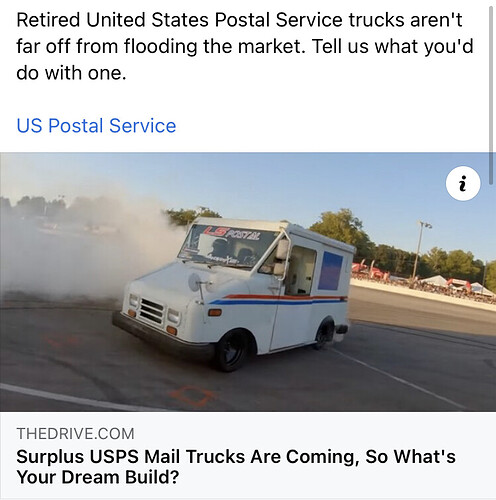 Just kidding. Good luck finding parts for one of these high mileage vehicles!

Put a Chevy small block in it. They make everything better. Are those things front wheel drive?

Rear wheel drive. It’s a gruman built on the old chevy S10 chassis. Front wheels are closer together than the rears so it would be rough riding on the hiway.

Those things are tough. There’s multiple documentaries on them. The stress test they went through to win the contract was pretty insane.

I read up a little about them…very impressive what they’ve been able to do, and the testing done on the new vehicles.

What exactly were they testing? There about as technologically advanced as a toaster. Drop off paper from A to B and make it back to the depot.

The tests were just stress tests to make sure that the vehicle would last as long as possible. I dont remember exactly what tests they did but it was like hitting bumps at 40 mph, going over a a whole street of bumps, and driving the car like it it was driving in the le Mans

In 1985, the USPS challenged Grumman and General Motors, Poveco, and American Motors to build a mail truck that would become the perfect mail carrier. The USPS compared each company’s prototype against a set of grueling tests.

@AUSSIE does that in his landcruiser weekly lol 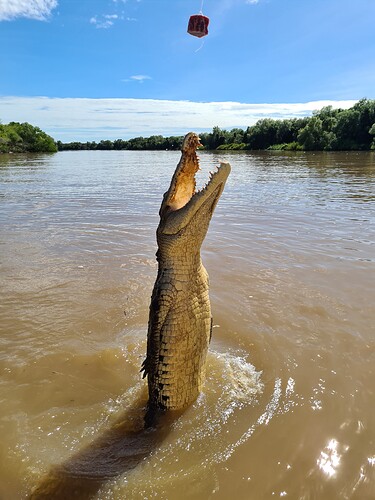 Those are domestic pets in Australia

Is that some sort of crocodile park or out in the wild?

That’s the Adelaide River about an hour from Darwin- wild crocs.
Two tour operators have been teaching the crocodiles how to jump for their food .
When we have visitors from interstate or overseas I take them for a look.

This is definitely a nah yeah nah.