Asked homeowner said it was originally painted with Sherwin-Williams. It’s a light green stucco. When I get there I’ll do a couple tests pots explained to him about the paint. Just worried about it really worried house isn’t that dirty so I’m going to be shooting a light probably 1% or less only like two spots that have any algae on it. 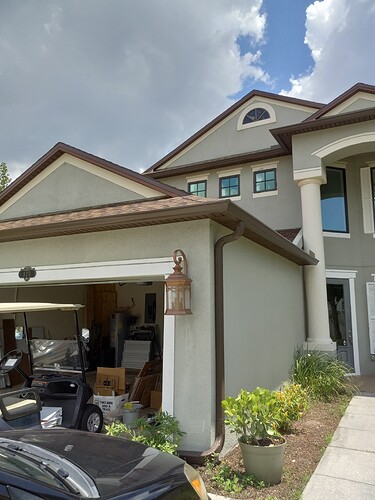 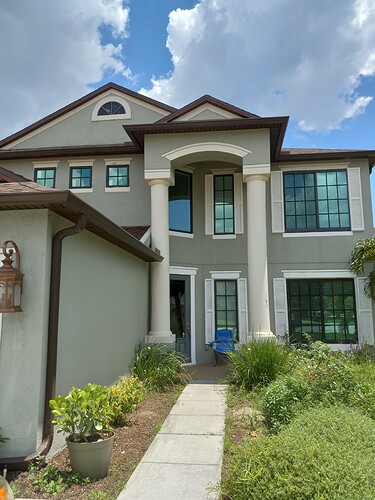 Clean it with power-solve from Hydro-chem Systems. Also eachochem has a product called brightenol they say works instead of sh to kill the growth. But it’s more expensive. Cheaper than new paint though (assuming it didn’t mess it up.) I would ask tech support if they think it would have a negative effect on organic paint pigment

It will be a lighter, limer, green when you’re through…like, Martian shade. Thanks SW…

Go get some simple green. What SW rec for their organic paints. It’s a little expensive and doesn’t do great on heavy mildew, light it does ok. Talk with hHO, your costs may go up about $50.
It might not be organic, do they still have a can from when it was painted.

No they don’t I asked. Well I went to his house to give him his estimate about 1 said he would be back to me by 3:30. Still haven’t heard from him yet. Didn’t think it was a bad price told him 400 on a house a little over 3000 square feet. And his driveway alone without the sidewalks was I think like 800 square feet you can six cars in it. Told him if he did it all together I’d do it for 550 never called back LOL. I would have just done like two or three tests spots on the house if it was okay I would have shot it with like 1% or a little less and rents real good

You did the proposal, check the box, on to the next…follow up tomorrow and in a few days, if he books someone else, forget about it and find someone who will book you

That’s ridiculous. Probably thought you were too cheap and wouldn’t get a good enough job for that price. Price is definitely a consideration for some people but it goes both ways. You should research grant Cardone he is an amazing sales coach. 10x on YouTube

Should elaborate here. You live in a place that costs about 1/3 of where I do. Also, you have lots of crews making you money every day and it’s easy to be cheap because you have volume profits. As a one truck, two man operation, that is the sole provider of income. Paying for labor, comp, taxes, marketing and advertising, expensive equipment that always needs maintenance, fuel, chemicals, phone, internet, website and everything else, not to mention actually making a profit (otherwise why work for yourself?), and needing enough money to pay for all that from one rig you have to charge more. I would have gone under if I only made $600 per day. Your first crew pays for your standard overhead that is the same weather you have 1 truck or 20 and the rest of them only need to pay the labor, comp, fuel, equipment and chem. Another thing is I don’t just spray siding and leave. We do complete details including outsides of gutters, under the eves, windows, screens, tracks and frames, foundation, front porch, chimneys and garage. Also most jobs we go over the windows with wfp. Then when done, go around with a towel to make sure no spec of anything is left behind. We do it like you would get your car detailed (a real detail takes them like 6-8 hours and costs $400.) That job would take us most of the day with getting fuel and food, travel to and from, setup and tear down and the full scope of work. My guess is when you wash a house as long as the green mostly disappears your good. I could clean a house like that in an hour also but where I live that’s not what people are paying for and they wouldn’t call back.

You use a lot of words, but you make numerous wrong assumptions and really have zero idea how I run my business. My point in my earlier comment was to point out that you were giving bad advice so new guys wouldn’t be tempted to follow it.

You have zero idea how to run someone else’s business. Where I live I would stay home before doing all that for $600. It’s not bad advice it just doesn’t fit your situation. You know a lot about the work but you can’t fit everything you do into a small box for everyone else, especially when it comes to pricing.

I honestly don’t think you read what is written. I never said anything about pricing. You told numerous lies about how I run my business but think it’s not ok for me to comment on someone else’s. I really think it would be best for you to absorb knowledge here and not try to give any, but you seem appear to like verbosity, so there you go.

Oh boy…
Thats why i never talk money nor costs.
Everyones cists are different…
Regardless of where u located.
If u making money u are good, if not get out.

You want pointer on how to clean. This is a place to discuss them

You responded to what I said about pricing and said no just no like I was out of my mind. Maybe elaborate on that?

I did. Like I said, I don’t think you read what is written.
“My point in my earlier comment was to point out that you were giving bad advice so new guys wouldn’t be tempted to follow it.” 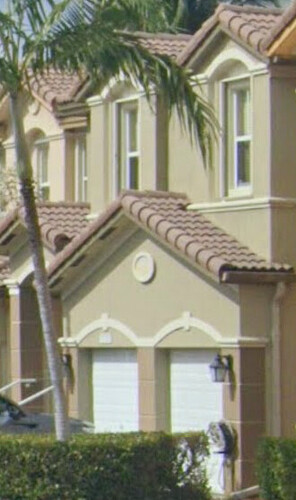 Hope I can do the job w/out chem splashing up & hitting the paint.