Hope you all can make it out to church today and celebrate Jesus who rose from the dead! He gave us assurance that we will also be resurrected to live with him if we turn to him as our LORD and Savior! The Non-Biblical historical evidence is astounding that Jesus really did die and rise again which separates our christian faith from every other religion! Have a Happy Easter!

I don’t want to start a religious debate but I’m curious as to what historic evidence. I do believe in a god and creator. I go to Christian Church and align myself with these values but have a hard time putting blind faith into the details.

It’d be great if we could just leave religion and politics off of this forum.

I had no idea what that meant. So ofc I googled it. https://www.urbandictionary.com/define.php?term=Danger,+Will+Robinson!&amp=true

Disregard my original question. Just finished reading into it as well. Several non Christian historians documented Jesus’s life and existence. Generally not debated that he existed. Answered my own question. Nothing to see here. Happy Easter.

Those topics aren’t the issue, it’s people that don’t know how to talk about them that are the issue. Silence breeds ignorance.

Happy Easter Gents… Thankful for a God that has rescued humanity from it’s own demise.

Are you saying that Jesus will pressure wash away my sins?

I love that people are religious. I think the tenets of most religions are peaceful and well meaning. And I believe there’s something. Just don’t know what. Christianity lost me at this perfect human that walked the Earth and was resurrected when that would be the only occurrence in history on both accounts. It expects me to believe that some men lived hundreds of years, the Earth has been in existence for less than 4000 years, and dinosaurs didn’t exist.

I like good people. People who don’t think women are lesser creatures, aren’t afraid of other people despite their language or skin color, don’t judge lgbt people because technically their book says that’s not their job. Quite the opposite.

I like industrious people who don’t hurt others or interfere in the lives of others or tell others what to do because their religion is the only one of thousands that matters. I like good people… but I don’t think I’d make it in an organized religion but I believe there’s something. I like Easter and that families use it as a reason to be together and enjoy each other and I like that you all believe in something that guides your ride on this space rock.

I think there are far more good people here than bad. The bad ones don’t last. So enjoy your families homies! This ungodly heathen loves ya!

Happy Easter all. Beautiful day, have to remind myself it’s not a work opportunity. 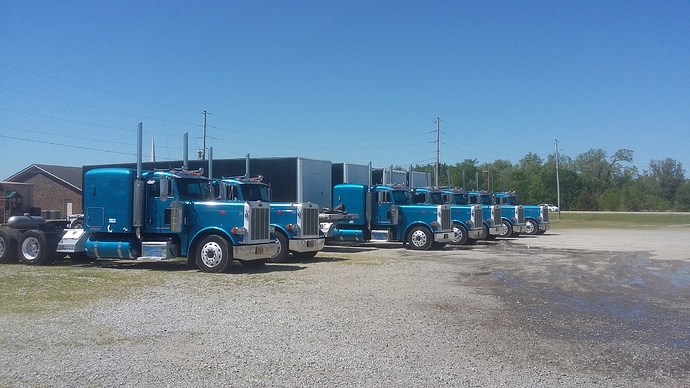 Hey Brodi, the reason it’s organised is pretty much a consensus of what’s written in scriptures. When it’s not followed “to the T” is when you get weird beliefs added to it, (and the repercussions to that).

We believe in dinosaurs, animals go extinct over the years, a lot can happen in 6,000+ years.

The main pillar of the Christian faith is love, without understanding love and unmerited forgiveness one cannot understand why Jesus did what he did.

Last but not least, our convictions (things we feel are bad) are not supposed to be “pushed” onto unbelievers, no idea where people get that idea.
The thing is people are always growing and changing, what they thought was a great idea one year might not seem wise the next, (that’s where forgiveness comes into play).

Christianity is for people who are interested in forgiveness, love, peace with themselves, peace with God, and peace with fellow man.

forgiveness, love, peace with themselves

We believe in the same things.

Who told you we don’t believe in Dinosaurs!!! Thats fake news! In fact we love talking about dinos and how they actually walked with humans… not millions of years ago. The Bible in fact mentions 2 different dinosaurs in the book of Job. And yes Jesus life was amazing and miraculous but he proved everything he taught was truth and he was the son of God by rising from the dead. There were many eyewitness of this. Fact - all Jesus apostles were killed for spreading the gospel. No one dies for a lie if they know its a lie.

We believe the earth is roughly 6000 years old. Noahs Flood happened 4000 yrs ago. Rivers can be dated and it’s funny there’s not a single river in existence dating over 4000 years old

This is a selected list of the oldest rivers on Earth for which there is knowledge about their existence in past times. Generally, the age is estimated based primarily upon the age of any mountains it dissects; the age of the sea or ocean to which it eventually outflows can be irrelevant; for example, several rivers of the east side of the Appalachian Mountains of the Atlantic Ocean, which did not exist 130 million years ago.[citation needed] If a river fully dissects a mountain range, then this...

Speak for yourself. Stop using “We”

So I heard a story in school religious studies about a fella called Noah who managed to knock a titanic boat together and convinced a breeding pair of every creature on earth to come round his house and get aboard before a whopper flood engulfed the earth.
The animals that would have numbered in the millions I suppose were decent enough to behave and not eat each other or wreck the boat for a whole year … all the while old Noah didnt get a wink of sleep because he had so many animals to feed and a rather large boat to skipper… is that how it went down bro?