I’ve got 8.5 at 3500 to play with. If I want to make it hot and get through some surface quickly and efficiently, what’s my best bet? Assume old cement, but trying to expand into newer surfaces (so casters won’t nessicarily go to waste.

Man, this trailer build is taking forever. I thought I would have been done a long time ago.

Oh I’ll show off my work in about a week, maybe two depending on supply line. She’s still pretty naked. I’ve got skids built for my engines, but even they aren’t done yet because I’m waiting for power transmission parts from my industrial supplier before I mount pumps. Then I’m building houses for them. My fuel cell is fabbed, but unlined, unpainted, and unplumbed. Man, my tanks aren’t even completely plumbed yet.

Like I implied, it’s been slow going. It’ll have a lot of nice features when it’s done. Diesel engines, a common fuel tank (50 gallons) for all the equipment, ladder racks, boxes for miscellaneous. Plumbing and ignition all accessible from the side of the trailer in weatherproof boxes. Definitely “making it my own.” My industrial/oilfield experience is showing in my design.

I’ve had a lot of fun building this thing out. If I see a market, I may build another to sell. It’s a buyer’s market on low hour industrial diesel engines right now.

Looking forward to seeing it sir.

@JTRiley where are you looking for these small diesel engines Ebay or somewhere else? I’ve thought about using one, more so because itd be freaking awesome but itd also last for ages

a) longevity (my small engine “little sister” costs 500 to overhaul. Big brother costs about 800. But besides, both will in all likelihood see hours in the 10s of thousands before needing to be overhauled).

b) noise levels (if you are running near the top of the torque curve, it’s a lot quieter than running an air cool gasser at redline)

d) while it’s a small thing, the idea of common fuel for the entire trailer really appeals to me. Also, I could technically get a stamp to buy red fuel and be out of pocket that much less.

E) price. Right now there are lots of companies selling off unnessicarily equipment, upgrading for a tax shelter, or straight up closing up shop. I scooped up a light plant with a kubota d905 and 1200 hours for 660 dollars, then turned around and sold the axle, fuel cell, and gen head for 250 bucks the same day I posted them on FB market place. Could have gotten more if I had waited, but I figured a kubota d905 with 1500 hours for 410 dollars was about as close to robbery as it gets without a ski mask and gun. I bought an isuzu 4le1 with 300 hours on it for 1500 dollars…300 hours. It’s not even broken in yet. The oil is clean enough to fry chicken wings in. If I had waited, a turn key 4le1 went for 1K dollars 3 weeks later, mine had to be rewired. Granted, I spent 1200 dollars on power transmission rather than the 400 it would have cost to work with equivalent gassers, but at the end of the day, I’m still coming out way less than buying up prefabed skids, new honda engines, and pumps or (lord save me) whole units. The cost for a whole 8.5 gpm unit nearly made me choke on my morning coffee when I decided to start researching all this. I understand why the cost is what it is, but wow…

I understand that to an established, profitable business, turn key units is the way to go as downtime just isn’t acceptable, but that’s not me yet. Also gave me the chance to learn a thing or two and spend time knocking back cold ones while I did hot work in the garage.

Man, if you are really interested, I’ll send you picks of my finished build. And hey, if you tried to talk me into building you one, I’m sure we could come to an understanding, so long as you don’t mind lead time measured in months.

I got my new Landa SS with the kubota diesel ,120v burner and I love it so far. Wash way more on one fill up compared to gasoline.

How many gpm on the Landa? Does Landa use Legacy pumps? Mind sharing a price? I emailed Hydromax last Friday to ask a question and figured I’d order Monday once they got back to me. They raised their prices over the weekend…lol. That’s my luck. I’m pretty sure they’ll hook me up with the old price since I’ve been emailing back and forth with them and they knew I was going to buy one.

How many gpm on the Landa?

Did you trade in your truck? 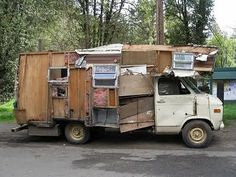 Did you trade in your truck?

So where are the pics?

See here’s what I’m fighting now: I just got off the phone with my industrial supplier. The hayes couplers I ordered that were suppose to be in today won’t even ship until the 9th because some jackwagon at the factory can’t keep up with his inventory. This actually extends the original quoted lead time by 5-12 days. Pretty pissed off TBH. I just keep telling myself it’ll be worth it. I think I’ll ask for a discount and use my savings at www.poopsenders.com

Scroll past 2.4k of these Can't take it anymore. Need to get a small soft wash set up and you’ll see them right there on the right before @Ikii grill pics