Maybe @grizz could get more deer meat if he had one of these.

Check out the video attached to article. This bad boy is sweet 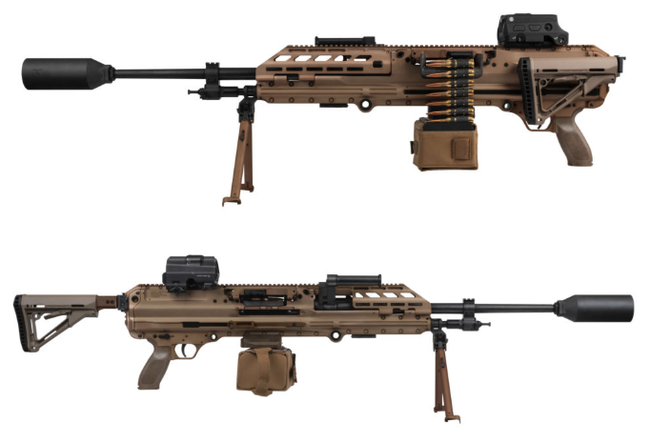 "We are incredibly proud of this historical accomplishment..."

Sig has been banging out since they got that contract back in 2017. But I’m very partial to Sig

Under 20lbs? That’s pretty incredible. Not sure what purpose a suppressor would serve on a LMG but pretty sweet nonetheless.

That thing is awesome. I read on article on that the other day but hadn’t see a video. Thanks for sharing. They’re talking about replacing not only the M240 with it but even the .50 cal. I’m sure it’ll only replace the .50 in certain situations. Heck, even the M249 weighs 17 pounds so hard to believe that machine gun only weighs 3 lbs more than a machine gun that’s carried and used daily by a member of a 4 man squad.

They’re also in the process of combining the M249 SAW and the M4 into one gun known as the NGSW (New Generation Squad Weapon). So, instead of a squad only having one machine gun every member will be carrying one. It’ll only be issued to infantry units so the M4 will continue to be issues throughout other units in the military.

@Redwal9451 You’ll be happy to hear that Sig hasn’t been eliminated as a choice yet. They’re the maker of one of 3 that are still being considered. I think the other two are Tektron and General Dynamics.

Keepsdust down and reduced muzzle flash at night

Not doing a very good job of that…

That next gen weapon contract Sig was awarded includes this new modular rifle that will be chambered in 6.8 for better penetration over distance. That’s what I read. Sig has been showing up with there stuff since that got the pistol contract. I would love to see what they come up with for a long range sniper rifle.

I must’ve misunderstood what the article said. I took it as Sig was replacing both the M249 and M4 with the NGSW. I thought the one gun was basically able to do the job of both. That makes sense though because there’s no reason for a rifleman to carry around any additional weight. Can you imagine the amount of ammo used if they let the whole squad run around with an automatic…lol I’m anxious to see what the modular rifle looks like.

Did Sig actually get awarded the contract already? When I read that article they talked like they weren’t going to decide between the three until 2022.

You also carry a spare barrel… or the AG does to switch out in sustained fights.

I know I know lol I was just giving you a hard time. I’d be super nervous to even do that “test”. Holding onto a gun firing that fast whilst simultaneously melting to pieces takes some cajones. Also, what happens if there’s a squib load? Super sketchy.

You also carry a spare barrel… or the AG does to switch out in sustained fights.

Yeah, it would be a good idea to have a spare. Especially when this happens lol

Saw this at the gun range last weekend…kinda want one 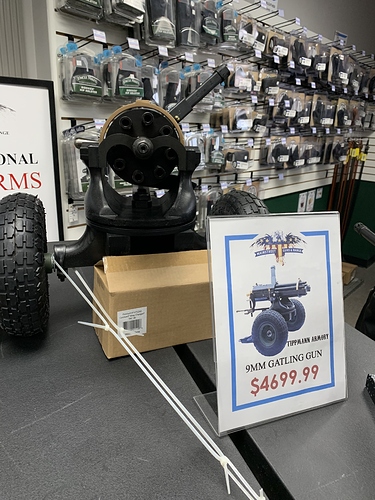 That’s pretty sweet. Looks like it takes Glock magazines. I started out playing paintball with a Tippmann.

Somebody just set the barrel in place instead of screwing it in…lol I bet he got some new nickname after that.

I love when the guy asks the most obvious question ever. “You didn’t screw the barrel back in did ya?”

That’s awesome. I’ll take two of each. I wish they would’ve made upgrades like that when I was in. It won’t be too long and we’ll be shooting lasers at the enemy. Heck, I think they’re already pretty close to achieving that on some aircraft.