Electrical Fires are No Joke

Last house of the day today, should have been a 1 hour job. Dilapidated old vinyl house that the new owners are rehabbing.

The electrical service was recently re-done but the wiring from the meter to the panel was 70+ years old and the insulation was cracked and missing. I had just finished rinsing that side of the house when I heard some loud pops and saw arcing on a wire near the meter. Next thing I know there’s smoke coming from the wire that feeds the house breaker panel.

I called 911 and the fire department came. The wiring was still smoking so the FD called the electric utility who cut power to the house. The utility people and FD were stunned that the wiring was so degraded considering the house just had a complete home inspection.

Bottom line, be careful, this could have been a disaster. I had no idea that this electrical line was in such bad shape. Customer’s are spending the night with friends since the utility won’t re-connect power until the wiring is up to code. Might be a day or two without power. 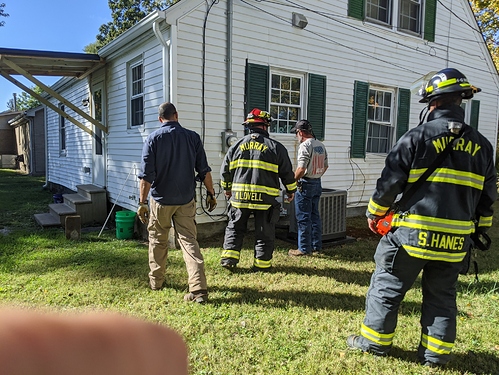 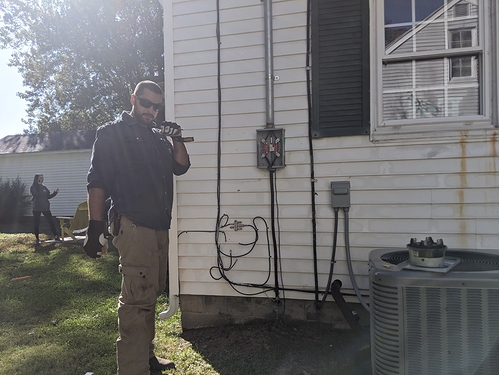 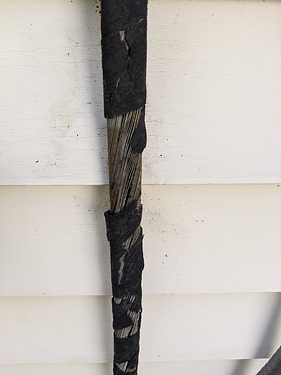 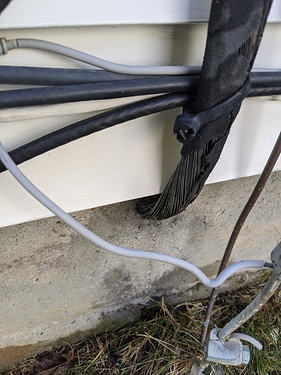 I need to ask this, is there something about building codes in America that make this a problem???

I am in Canada and never tape anything off, the most I had happen was a tripped breaker on a non GFI outlet that was obviously not to code.

What are you people doing down there???

I normally don’t tape anything off. Most, to my knowledge, don’t.

This wasn’t an issue of taping anything off. I tape off outlets, cameras, and other areas of concern. This was straight up faulty wiring due to age. The insulation on the wiring was dry rotted and cracked which let the water in to create a connection between the hot and ground. The wire going from the bottom of the meter into the house should have been in couduit as well as that return line to the right of the meter.

This was extremely dangerous. The electric company said if I had actually sprayed the wires directly… Well, who knows?

@BadPressCovfefe I’m not sure about that one. I would assume most do tape; I know I do. So simple to do and takes a lot of risk out.

I tape off everything. It’s not worth the risk to someone else’s property.

We do alot of boat docks and have to unplug everything, then tape the outlets… even still we had one that arched through the stream and felt a shock⚡

I never tape anything off. I almost had a fire too from a improperly installed exterior outlet. All the tape in the world wouldn’t have prevented that one.

I had the same thing happen to me SCARY. especially considering I have no insurance.

I’m not saying it was good but I’m glad it happened because now I tape up EVERYTHING.

This is the tape I use. I can almost guarantee that wouldn’t have happened if you taped off the outlet correctly.

Get insurance or quit washing. People work too hard for their homes for someone like you to risk damaging it.

He’s 15 max! He’s got this, what do adults know about insurance.

LOL, He’s 15, doubt he can even get. Does more business than probably 1/2 the people on here.

I wish I had that kind of worth ethic at that age. Insurance is still a must one way or another.

Glad you’re still with us. Thought you might have gone over to Ocala to lend the Gators a hand since about the whole team under the weather. Hopeflly in a couple of weeks they’ll be back.

not sure how this happened.