Okay, guys so I’m in the process of restoring this machine for a friend… It not old and has low hours but the previous owner never did any sort of maintenance to the burner at all! Ran it til it stopped working.

Its a 12 Volt Beckett burner.

The issue is, after a few minutes of operating at full heat the burner drips raw oil. Not very much but not okay! I don’t think it’s a broken coil because drip only starts once the burners on and has a couple minutes of run time, once burner is turned off the drip quickly stops

The oil (beckett clean cut) pump seems to have good pressure set at 140psi as it should be. (needle on gauge flickers but I have a cheap pressure gauge not oil filled)

Valve Solenoid seems to cut fuel on demand… As it should… Checked the Ohms and it checked off fine.

I think the problem is after drip, once I let the gun off I think some dripping of raw oil happens… But I can’t figure it out.

No black smoke, some light white smoke after the trigger is released hence why I think its (after drip)

We have a new pump and solenoid coming in tomorrow, and see if that works…

If it’s white smoke, then you have too much air intake. You can sometimes tell that if, when you squeeze trigger, there is a pause and then a boom when it ignites.

Try adjusting the discs until there is no smoke after trigger is released. It may solve the problem.

Would too much air cause raw oil to drip?

First run it catch the drips in a glass jar or small vile. Let it sit for a few hours and let’s see if it has water in it. Please post the pictures

I’ll try to collect as much as possible, it’s not a crazy big leak. I’ll report back

Did you replace the fuel nozzle filter ? You might have a bad spray pattern when it ignites leaving raw fuel to drip.

Yes, I replaced it with a new delavan nozzle and filter. The correct one 90 B Degree 1.75

I even went as far pulling the burner out and killing the spark to watch the nozzle spray, and I did notice a problem!

The 90 degree nozzle spray was hitting the F/22 blast tube head, its a real wide angle on that 90 degree spray pattern, pushed up some just so the spray angle would clear, put it back in and dripping continues. 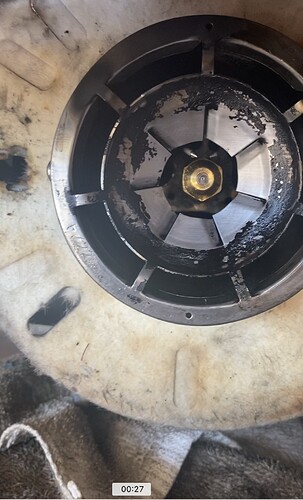 @Chesebro i was thinking about this this morning on the side of the fuel pump you should have a inlet and a return. Take the return line off the tank run it into a bucket im thinking that your return line may be clogged.

I will unhook the line and pressurize it see if it clears of if something was stuck inside… Good Suggestion!

Check the line and the pump discharge. If that’s OK change you flow switch it may be sticking and allowing enough power for the pump to pull fuel for a few seconds after

Is it possible for a flow sensor to fail in a way that it lets fuel bleed into the burner? Maybe allows the solenoid valve to bleed some?

If so, then That’s probably the culprit! Something isn’t cutting off clean.

Yes take the cover off and manually activate switch. Or hard wire it and see if it stops. Check the return first. I’m betting it’s one or the other

Ill report back tomorrow, but I think you’re on the money!

Sorry guys, Been a little busy.

So I’m working on her now and I just noticed the burner is coming on with no pressure. Machine is off and has no water pressurizing the flow switch! That can’t be right.

All I can think of, is the flow switch isn’t sending a clean on/off command… and the Solenoid valve bleeds fuel thru… then the drip happens

The by pass hose is clear! No obstructions in the hose.

BUT, I’m not sure if it’s normal. When I have the burner on the ON position (not burning mode but just on) I look inside the diesel tank and look at the bypass Return and it stops and goes it doesn’t bypass continuously like an unloader valve by passing to a buffer tank when off the trigger… shouldnt it by pass continuously?

Take the return line off of the pump. Inside of that fitting is a set screw make sure its tight. It may be easier to call me 540 295 6636

You mean in here? 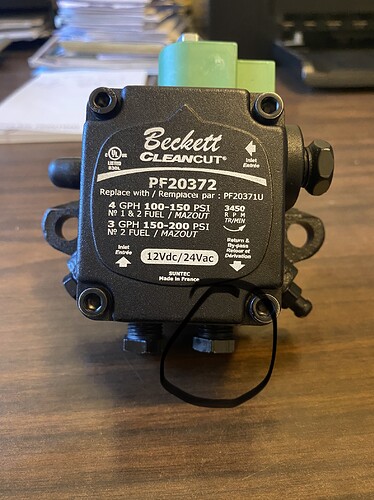