I was asked to give an estimate for a local brick building wash. This would be the first brick job I have done. Would this be just like house. DS a house mix and rinse it off? The brick dosnt have any mold or streaking. I will upload a picture later.

If it’s all brick and just dirty? I’d probably rinse the surface dirt off with a zero degree tip big enough to get 1000 psi out of whatever the gpm of the machine is, with no black streaks I’d DS straight 12.5, rinse the windows off, and walk away.

I’m also imagining a brick building in a city surrounded by concrete and no plants and no painted surfaces. Pics would be helpful.

Heard this is what the pros use for brick cleaning. 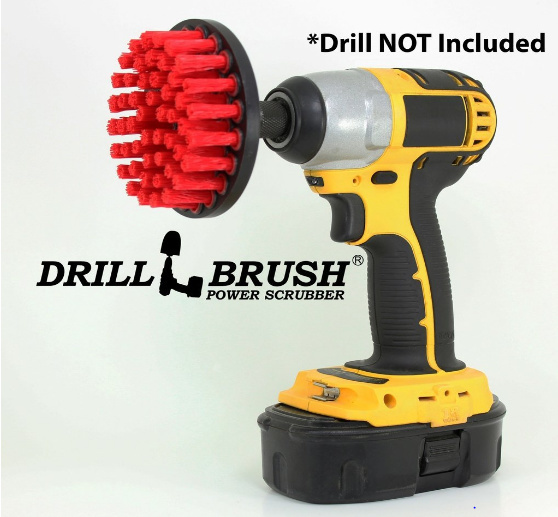 I’d buy it only because it doesn’t come with that drill. DeWalt is black & decker with yellow plastic instead of orange. #milwaukee4lyfe

Are those shutters oxidized? I’d check that before you do the job.

The shutters are just faded. I rub my finger on em and didn’t get any thing to come off.

I’d probably rinse the surface dirt off with a zero degree tip big enough to get 1000 psi out of whatever the gpm of the machine is,

But I’d slip in gutter cleaning/brightening and shutter rehab in the bid. This building doesn’t look like much more than a 2 hour rinse and run so I’d probably charge our minimum to hook up the trailer. $300 if all they wanted wash the brick, water access isn’t an issue, and squeeze it in after our morning spot and and afternoon spot.

There’s not much to do here to wow the customer unless they let you rehab those shutters. I’m dying for black streaks etc so I can knock their socks off with something to make at least $500 and worth your time.

If they don’t feel like anything has been done they’re the first to say “I couldn’t really tell if he did anything.” to their friends. So beware the quick buck for long term perception. Another option is to tell them it doesn’t really need it yet, but you’ll check back in 3 months.

You’d be surprised at future doors opened by turning down work.

They also have a lot of sidewalks they won’t done as well so the bid was quite a bit higher then that. Still waiting to hear what they say…it would be my biggest undertaking to date so my fingers are crossed.

Good deal. Once you clean it, it’s easier to sell the maintenance and create recurring revenue. On jobs like this, when you invoice them send an estimate for ongoing maintenance too.

Thanks squidskc your advance has been invaluable.

Just curious how would you go about restoring the shutters?

Woah there don’t diss the DeWalt. Everything thing I buy is color coded with that black and yellow.

Everyone swears by the gutter grenade stuff, but the reviews for vinyl renu are pretty good too. I haven’t used either, but I’d probably risk trying it on this building if those are plastic shutters. Worst case scenario I’m going to buy them new shutters at $20/set. They’re cheap enough to risk trying it for me anyway.

Also, I recently bought this stuff for bringing back the shine to my Tundra’s plastic bed rail caps. It worked beautifully. I’m going to buy an old oxidized shutter from the habitat restore and try it on those, leave it behind my shed for 90 days and see how it holds up.

Must be a St. Louis thing. lol I’ll pay the premium for Milwaukee. My dad was a DeWalt guy until I bought him some Milwaukee stuff for his birthday. The DeWalt has been collecting dust ever since. 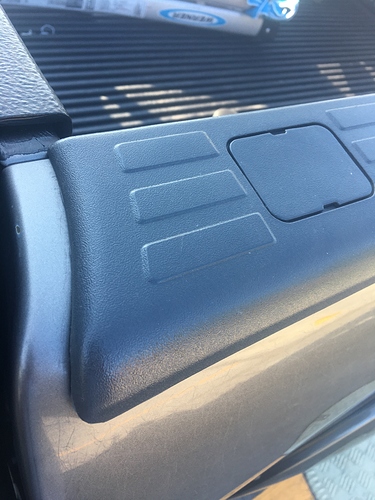 A customer of mine showed me something…

His shutters were faded and looked like crap. He bought ArmorAll Tire Shine and rubbed some of it on a corner of his shutter and instantly looked new. He did this a couple of days prior to us washing his house. When we were packed up and ready to leave, I saw that side of the house had dried and the corner of that shutter still looked new, lol.

Bingo. I just wanna make sure it lasts at least a quarter… gutter grenade, vinyl renu, tire shine is just putting lipstick on a pig.

Lol. Man you are being holier than thou and condescending. Sic em @618Pressure

lol He’s being neither. He cracked a joke.