Boat condo job fell into my lap. Would you do it? Input appreciated

Have you tried a spot with the wheel brightener anywhere yet? Spray it on, let it sit just a few min and then brush or rinse off. Maybe one of those bottom door panels. May not do anything, but then we’ll know.

While talking to the boat condo president i had mentioned using wire wheel cleaner as he runs or owns an auto parts store thinking maybe he could help me out with a discount in bulk if i needed it for these doors but he was adamant that i not use it. Not sure why, but hes paying so thats where ive left it.

I finally figured it out and you were right all along (never doubted ya) on the other side of that staining are hinges. It’s rust. The condo president still wants nothing to do with wire wheel cleaner though. I’m going to try and order some stuff online though and see if I can try it on the other 90ish boat condos in the area because if I can Get rid of that stuff as well…I think I’d be a pretty popular guy!

Though the wire wheel cleaner not as good on rust as some things, it will help with the oxidation on the doors maybe. Just try a little spot and see. 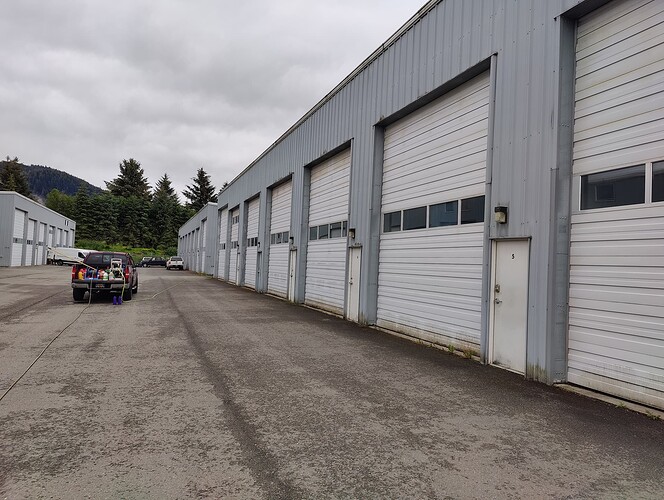 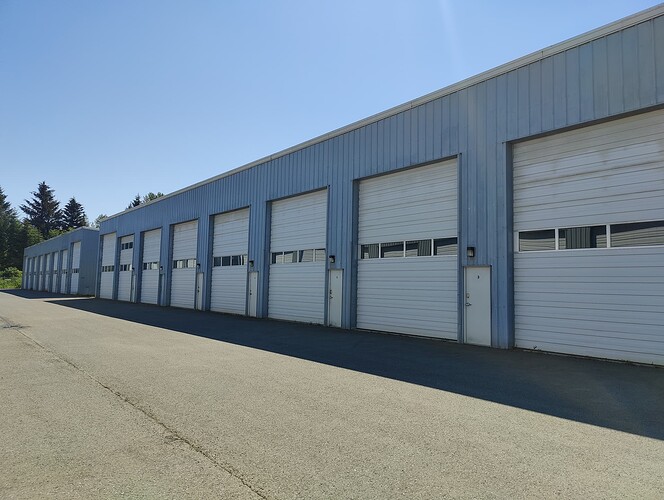 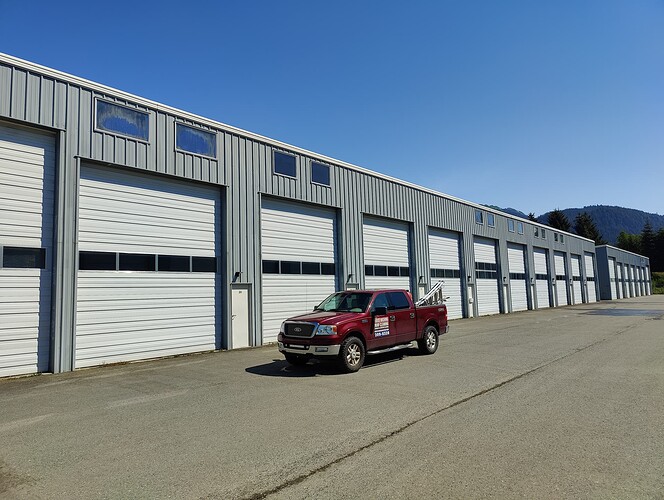 Great work there, no doubt he’s gonna be pleased. Love the bubba tires on your truck too.

Looks good man. They should be real happy with that.

Good job. Looks good. For something like this condos, maybe an xjet will help you instead of a 12v.

Lol I’m so self conscious about those tires. I bought this truck without having checked it out in person and had it shipped up from Oregon. The tires were brand new and I wasn’t just gonna buy a new set for no reason. There’s pretty much zero off-road activities to do in my town so I feel like it’s so obnoxious. Just letting everyone know that I have a small willy without having to talk to them

I’m kicking myself because all I needed was to DS and the tops cleaned up really nicely. I just needed about 8 more feet higher up from the ground because it had been so windy so brought my ladder and knocked it out this morning. That other big building went SO MUCH FASTER now that I had a system down. Was cruising along at a great pace and more importantly, it looks good!

Right on man
Never doubted you for more than a minute

I love a big set of tires on a truck but my wee wee is very small so I guess that makes sense. I think it looks real good so don’t worry about it. Confidence makes up for vehicular pitfalls, nobody would think Tom Brady was weird if he drove around in a civic

Did I miss somewhere what product you ultimately wound up using? (I saw the owner didn’t want you to use wire wheel cleaner.) That turned out nice!

Its super thick forest. We have no trails or roads that go to anywhere cool like that. There is maybe a 3 mile loop “Out the Road” that a lot of guys go play on bikes and ATVs and such. All the good places you used to be able to do stuff like that have been outlawed and protected and whatnot so while theres a ton of cool stuff to do offroad in different towns, Juneau is not one of them. We just secured funding and have plans to make an offroad park that are in the works so well see how that goes. Ultimately I used 6 oz orange cling per 5 gallon bucket of 7.5%SH downstreamed. It did nothing for the rust and it is still there but the organics were cleaned. I would spray 2 or 3 bay doors wide at a time, then hit problem areas with a brush, and then rinse and continue on down the line. I set my ladder up as an a frame and then just drug it down the line with me as i needed a little extra reach to properly rinse off the very top white areas.

Good stuff! Cash the check, market the pictures, get more of them…

You might want to think about stepping up to at least 10% pool shock rather than household bleach. Cleans faster. Once you get really going jump to 12.5%. Cleans in no time.

There’s probably not one pool in the town he’s in, ie no pool shock or real SH

I’d love to but I live in rural Alaska. No one sells anything stronger than 7.5. I believe that I’m going to bite the bullet next march or April and barge a 275 gal tote up of 12.5 but for this summer I’m going to be doing ye old Costco runs.

So far, 7.5 has been working pretty good though it’s absolutely horrible batch mixing anything, but so far downstreaming I have yet to run into something that it won’t kill and if I need some extra stank on something, I just use an xjet or pump sprayer depending on how hot I need.