on fittings). I also read that a K7 unloader had to be set with a gauge. I picked one up to see if the advice (setting an unloader) I found from IBS was spot on. So far I’ve washed with it and it runs good. The only thing I noticed is that it surges for a few seconds after it’s been turned off the started. My thoughts it’s the by bass going to the buffer. It’s going up so it gets an air pocket when not running and takes a second to clear. Any thoughts? @racer hoots on about his adjustable M5D5. I will be finding out tomorrow if it’s about that Life. Hope everyone is staying safe during this whatever I won’t give it a name. Much business to all. 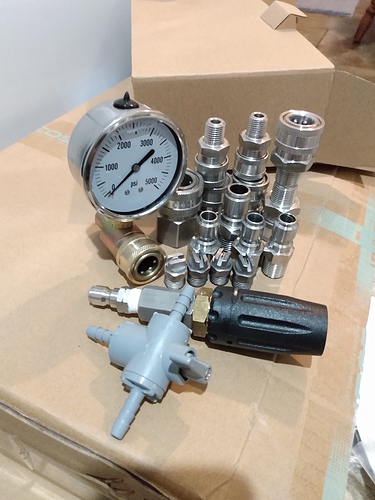 I had that same pressure guage and the black top plug blew out on me and caused it to be no bueno. I’d do a layer of duck tape around that sucker to keep it pinned down.

thanks man I’d be hurt and disappointed.

That top black plug has a nipple that is suppose to be cut off so the glycerin can vent. The problem with cutting the nipple is you have to keep it in the upright position from then on. Some will just pull the plug out while using it and then reinstall when not in use. If it’s not vented the pressure in the glass can buildup and cause the cap to blow off. Duct taping the plug down will likely just cause the glass to crack. Even if your cap blew off the gauge should still work. Not all gauges are glycerin filled. They’re just a better gauge than a dry. The type also comes down to what you’re using it for too.

Hmm. That’s a bummer. Well I’ll figure it out. Thanks for the information @marinegrunt.

Don’t buy K7’s and you can set an unloader in about 40 seconds.

What do you recommend? 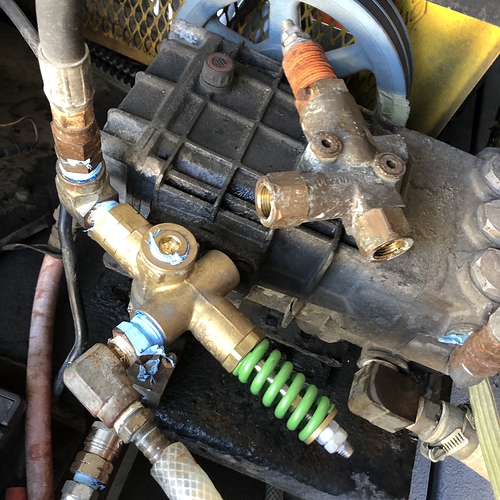 To each their own, but I just swapped out the orange spring unloader with 3000 hours with the green spring unloader. Pressure or flow. Doesn’t really matter.

I looked at those. Well 3k hours speak for themselves. Mines running do until it fails I’ll roll with. I will check those out next.