How many clicks do you guys normally see per day vs. leads/calls/emails?
I’m just curious, and probably anxious, as I’m seeing clicks but not receiving leads. Before I go and modify the website, I’m looking for an average for our particular service. Thanks

Best thing you can do is pay someone to seo your site and get it too the top
I normally run 5 to 1 Return on adwords
I thing I like the best with it ya can turn it off and on
But I have had mine turned offf for 4 months now.
But my seo guy does a great job keeping me near the top
On organic listing.
But internet is where it’s at I have spent lots of money on everything
But internet is by far the best for return dollars

From what I’ve read converting 1% of ad views into clicks is considered decent. Mine are usually around 2 - 3% sometimes higher depending on the service. I spent a lot of time tweaking my ads. Also, I read this: 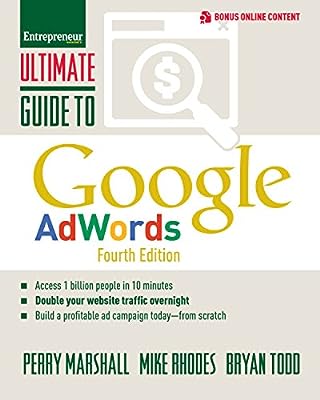 I’m getting a decent CTR. Between .7%-1.5% on the 2 ads that I’m running, but I haven’t received any emails or calls as of yet. This is my concern. Granted its only been about 25 clicks. I’m just curious if my website sucks that bad.

25 clicks isn’t very many. Just give it some time. I haven’t had my ads running for a few months now but if I recall correctly I was converting about 10% of my clicks into phone calls. However, it’s not unusual to get a lot of clicks and receive no leads at all. There’s an ebb and flow to it. Also, try making more ads with different tag lines and keywords to see what works. Just because you’re getting clicks doesn’t mean they’re the RIGHT clicks. For example, in my area having your pool cage cleaned is an annual need. If my ad says “Pressure Washing” I may get some clicks but if my ad says, “Pool Cage Cleaning” then I will definitely get clicks and more importantly the clicks will be coming from people specifically looking for that particular service and will be more likely to call. It’s good to have a lot of ads with their own keywords specific to the ad. Of course, having a nice website helps. I’ve had great luck with Hatch. Customers seem to like it a lot. Just something to think about. Here’s mine: http://pelicansunllc.com/